It is a building that responds to the growing demand for health and care beds for non self-sufficient elderly people that integrates initiatives and measures in support of families, also through an important redevelopment of the surrounding area, with public spaces accessible to the population of the Pregassona district.

Hence the name chosen for the structure, renamed “Polis”, following a competition open to the entire population and launched in recent months by the LIS. The term recalls, in fact, the concept of the city-states of ancient Greece “inhabited and frequented by young people, the elderly, professionally and not professionally”, and symbolically combines the two words “Poli” (from polyfunctional) and LIS (acronym for Lugano Social Institutes).

The structure located in via alla Bozzoreda stands out not only for its architectural characteristics, but also for being a real and innovative pilot project in the Ticino landscape, that of teaching at the cantonal level for “Towards solar buildings in Ticino”, aka “Towards -EST “, financed by the Canton’s Renewable Energy Fund (RES), which aims to promote large-scale solar envelopes capable of implementing renewable electricity production of high architectural quality, going beyond the objectives of the Energy Strategy 2050 in Switzerland.

SUPSI has the task of developing a replicable model
Today, photovoltaic solutions for the construction sector must be integrated and transformed to adapt as much as possible to the needs of different architectural projects, to take on the functions and performance of building elements and to satisfy an increasing flexibility of production processes. This was highlighted by Eng. Pierluigi Bonomo (researcher and head of the SUPSI Innovative Envelope team) who observes how «today’s industry allows for the customization of ‘tailor-made’ cladding systems for the roofs and facades of the building which, in addition to appearing as a normal constructive element , they also have the function of producing renewable energy ». For years Switzerland has been one of the most active countries at European and international level on this issue of the BIPV (Building Integrated Photovoltaics), or rather “constructive integration of photovoltaic elements”, which has the Swiss Center of Competence on this matter within the Institute of Sustainability Applied to the Built Environment (ISAAC) of the Professional University School of Italian Switzerland (SUPSI) – located in Mendrisio on the new campus inaugurated last April – where since 2005 greater synergies between architects and specialists in the photovoltaic sector have been promoted.

Several pilot projects in recent years have addressed the issue of the active solar envelope, with a growing focus on achieving a hidden effect of solar cells in favor of an architectural language that approaches traditional building materials, rather than those of the panel. solar. Engineer Bonomo lists the many advantages linked to the use of a solar facade nowadays: the possibility of maximizing the self-consumption of the building in synergy with the coverage and increasingly competitive costs with traditional building materials. Cionono-
given, there are still some brakes with respect to these innovative solutions.

A Swiss example
With the multipurpose center of Pregassona, the city of Lugano wanted to launch a challenge in the name of a different concept of façade: not a classic cladding but an entirely photovoltaic surface that adapts to the chosen architectural language thanks to the possibility of integrating, in a system classic ventilated façade, photovoltaic colored glass sheets produced to measure by Sunage SA and installed by Alsolis SA.

This public building (financed by the canton’s RES) is equipped with the largest photovoltaic system integrated into the façade in Ticino, indeed it is among the façades of this kind with the largest surface area even in Switzerland, for an installed power of about 170 kWp, equal to to an area of over 1,600 m2 of photovoltaic glass, arranged on all the facades of the complex on various orientations and exposures.

The Polis building in Pregassona will therefore be a real case of a virtuous example destined to set a school for the use of an active solar facade that produces electricity and is a constructive element, contemplates numerous advantages by reducing self-consumption, has competitive costs and a high architectural quality. 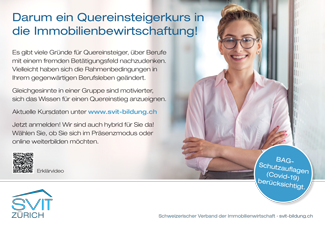 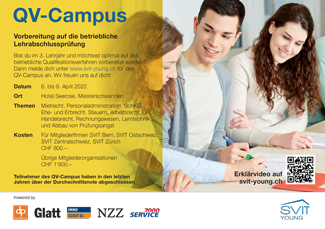